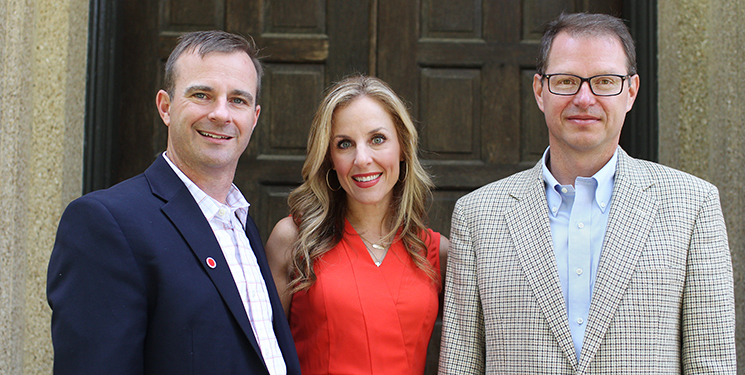 “Is the red dot gone?” 7-year-old Bella Bowman asked her parents when she woke.
Bella had just undergone brain surgery to remove the “red dot” tumor that had burdened the child for months. Her parents, Trey and Kim, used a red dot to illustrate for Bella what was making her sick, and that the doctors needed to remove it while she slept.

Bella quickly recovered from surgery and moved to St. Jude Children’s Research Hospital, then to the University of Florida (Jacksonville), where she endured 33 radiation treatments, a number considered normal for her situation. Eight months later, she was sick again.

Bella’s case, however, was rare. Her necrosis was inoperable, and 60 hyperbaric oxygen treatment sessions and chemo therapy determined it was both irreversible and fatal. “Our daughter was cancer free when she passed away,” Kim shared. “It was the radiation damage that took her life.”

Trey and Kim created the Bella Bowman Foundation, a dream that had steadily been evolving during Bella’s treatments. With its three pillars of research, education and comfort care, the foundation was formed to help families of children with cancer.

“When someone tells you your child has cancer, your life goes in a different direction,” Trey said.

After the diagnosis, the family realized how little research explored tissue necrosis, particularly in pediatrics. “It’s an overlooked topic, and one that doesn’t have a lot of publicity around it,” Trey explained.

The couple found Dr. Wayne Newhauser, Dr. Charles M. Smith Chair of Medical Physics, who has researched radiation effects for the past 25 years.

The foundation recently announced a $75,000 grant to the LSU Medical Physics program—of which Newhauser is director—in partnership with the Mary Bird Perkins Center, where Newhauser serves as chief of physics. The grant establishes the Bella Bowman Foundation Radiation Necrosis Research Fund to aid Newhauser in his research. Kim hopes the research will determine what causes necrosis and how to stop it, as well as develop safer treatment plans.

“When we met Dr. Newhauser, what we wanted was, not to find a cure,” Kim said. “It was more for how to help these children live through their treatments.”