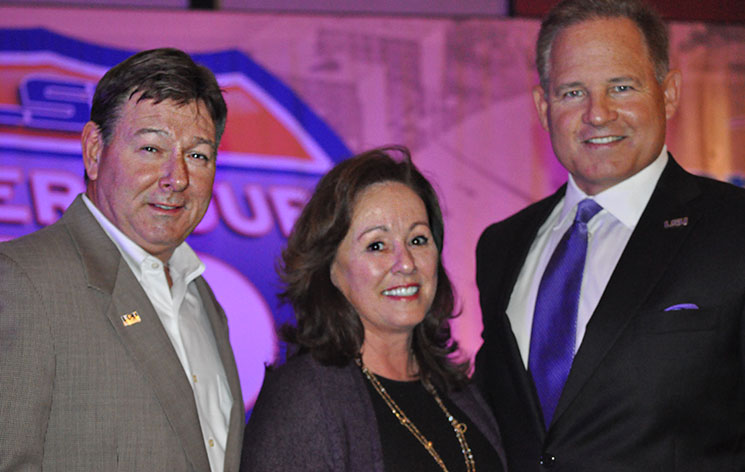 Dick and Sherri Alario have shared a passion for LSU since they first met 39 years ago through their involvement in the LSU Greek community. Having both received bachelor’s degrees from LSU in 1976—she in education, he in broadcast journalism—the couple has supported their alma mater for more than 30 years and been Foundation members since 2008.

Dick described his and Sherri’s continued support of the Foundation as a great way to give back to LSU, saying, “The Foundation makes it easy. It’s user-friendly. We can donate to the Foundation, we can get involved in the Foundation’s mission and know that the contributions we make and the efforts that we put forth support programs and the university to improve.”

While the couple is most dedicated to supporting the College of Human Sciences & Education and the Manship School of Mass Communication—Dick delivered the school’s commencement address last fall, and their daughter, Stacee, is a Manship grad—they are ardent about all things LSU.

“We’re passionate about the brand LSU,” Dick said. “We’re identified with LSU and LSU sports in the Houston energy community, and we couldn’t be happier.”

Dick also supports LSU through his company, Key Energy Services, Inc., for which he established a 1:1 matching gift program so that employee gifts to LSU are essentially doubled. For the past three years, Key has also been the primary supporter of the Houston LSU Tiger Tour.

“It’s pretty clear to us that the contributions are being used in the right way,” Dick said of the Foundation. “And that without them, LSU would not be able to compete or even keep up with other universities who have had long-standing philanthropic support or large endowments.”